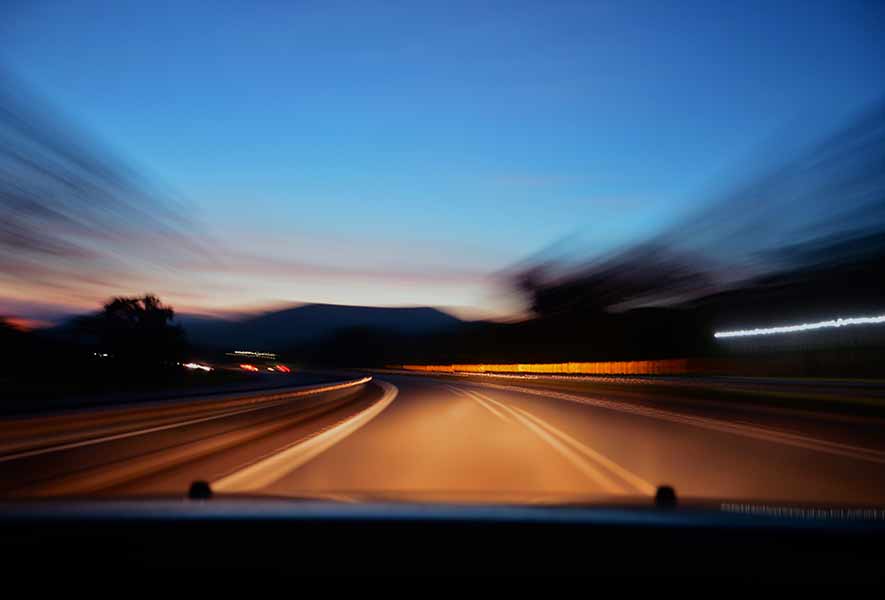 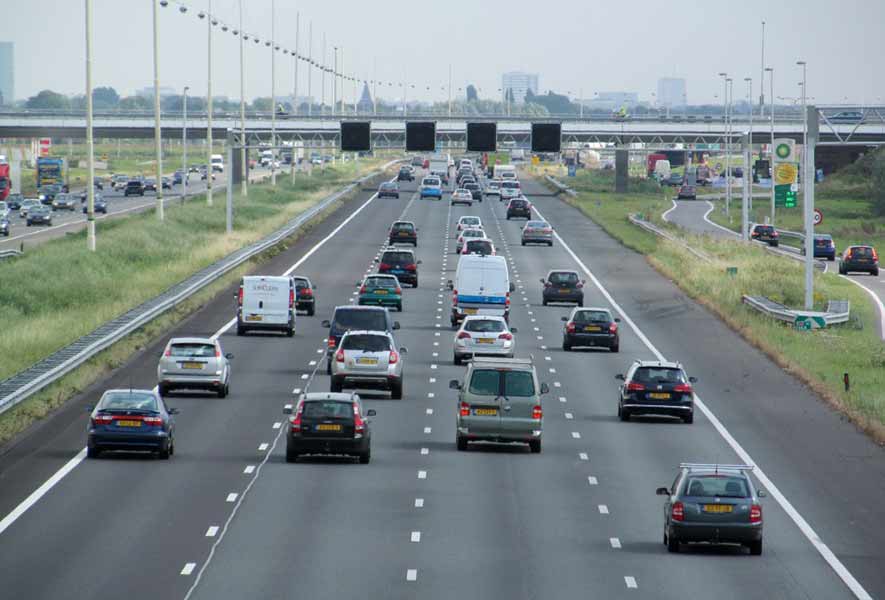 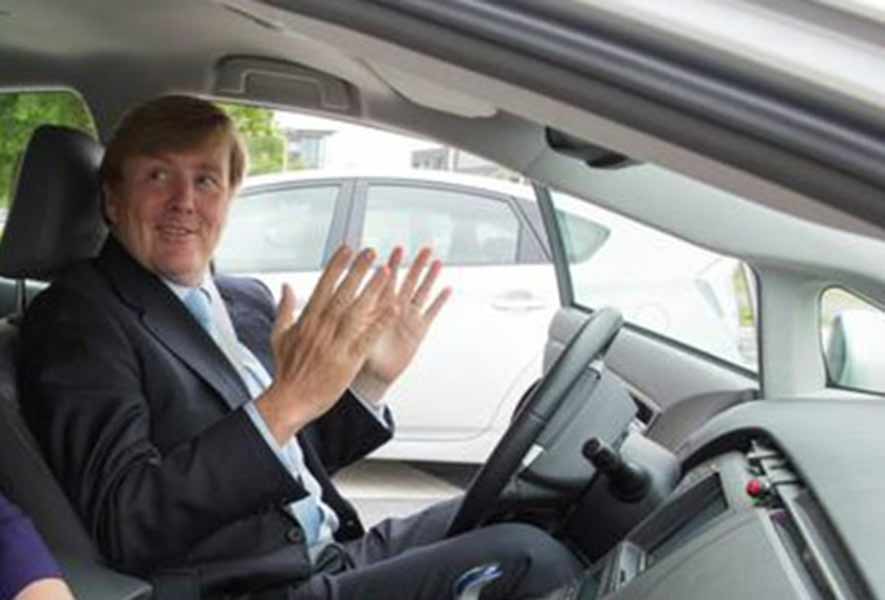 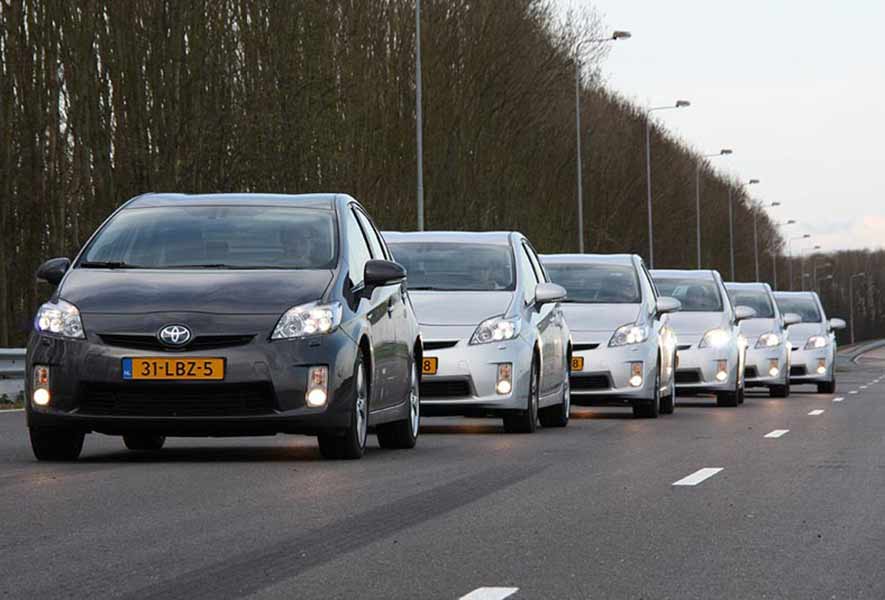 I have a question for the Smart Mobility Embassy 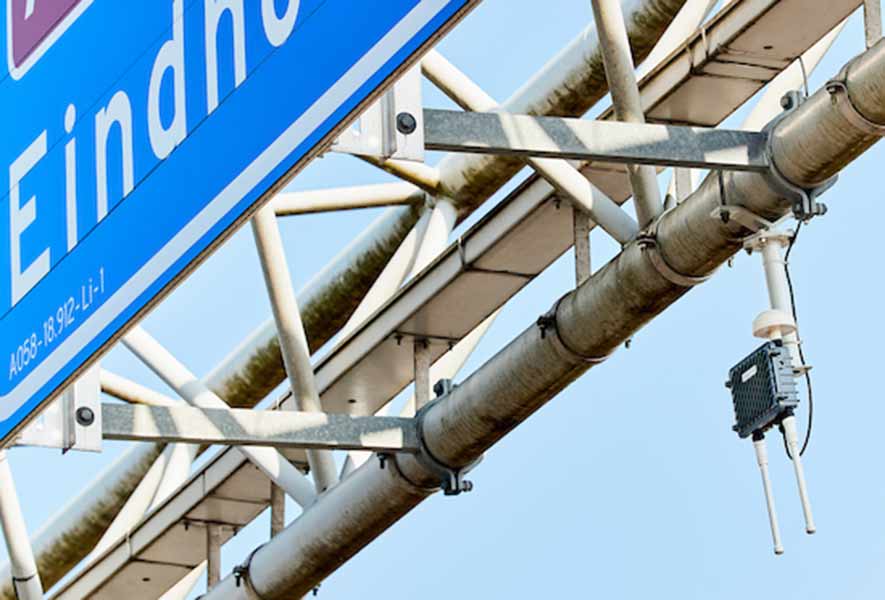 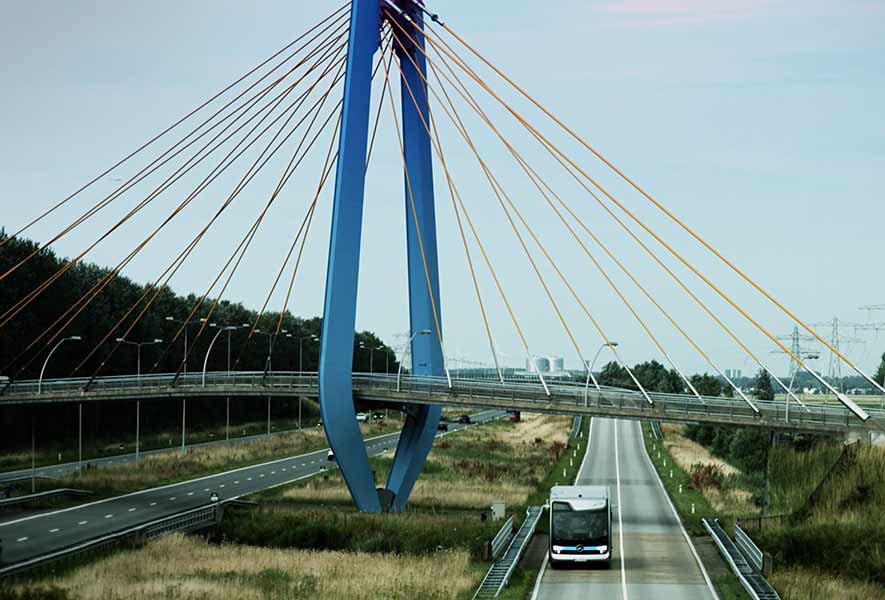 Got a big idea to change the way we move and stay connected? Then join the Trade and Connectivity Challenge 2020. Featuring both the Enterprise and Industry tracks, you’ll get the unique opportunity to test bed your solutions and enjoy funding support.

Creating sustainable social and economic impact through Unmanned Aerial Vehicles is the vision of the Dutch Drone Delta. The Dutch Drone Delta is founded by a group of large Dutch companies and (governmental) organizations that are able to tackle all the hurdles along the way.

The COVID-19 pandemic has changed the whole world, including the world of mobility. In the Netherlands we experienced “Intelligent Lockdown”. Although the consequences are difficult for all of us, this period also presents us with an opportunity. The Connekt Network is convinced that we can emerge stronger from this crisis.

Click one of the best practices to discover more:

The TASS International A270 testbed has been used in many field operational tests in the past 6 years. European and National research projects have demonstrated their proof-of-concepts with the help of our facilities, which are focused on vehicle localization, timing and communication between vehicles and infrastructure. Also OEMs and TIERs have tested their sensing and actuating (sub)systems for Automated and Connected Driving.

The TASS International PreScan virtual testing toolsuite is used by the majority of the industry that is developing ADAS and Automated Driving systems to virtually design and test the perception and control algorithms for these vehicles.

In this testcase we’ve learned:

Amsterdam Practical Trial (APT) is a joint initiative of the Ministry of Infrastructure and the Environment, Rijkswaterstaat, the Municipality of Amsterdam, the Province of North Holland, the Transport Authority Amsterdam.

The integration of roadside and in-car systems via an integrated network-wide traffic management concept has provided Amsterdam, the region and others with:

What has been achieved so far?

By creating smarter traffic signal systems (TSS) and ramp-metering systems (RMS),APT has laid the foundations for further integration of roadside and in-car systems.

By linking cars and the traffic control centres, APT has laid the foundations for further integration of roadside and in-car systems.

Trials of automated roadside regulatory systems in other areas and with different partners. This has enabled a roll-out of the system.

Automated regulatory system fed with data from vehicles. This brings roadside and in-car systems a step closer via roadside devices.

Vehicles and private market parties are used as a point of departure for traffic management. This brings us closer to integrating roadside and in-car systems via devices in the vehicles.

CGI Smart Travel works together with:

DiTTLAB was founded by the Technical University of Delft and CGI The Netherlands. It an open laboratory in which students, researchers and practitioners can work with traffic data and simulation models to develop knowledge and tools for the greater good of the international traffic and transport community. DiTTLAB offers possibilities to develop both private and public services on the basis of the developed knowledge.

The term 'integrated' in DiTTLab implies that we also develop tools to couple these data with (traffic simulation) models and advanced methods and algorithms for state and parameter estimation, demand estimation and much more. The end goal is to develop these methods and models within the OpenTrafficSim environment, an open source multi-scale, multi modal simulation platform.

SmartTravel combines digital technologies such as mobility, gamification, big data analytics and travel mode detection to influence and reward driver behavior. The aim is to encourage drivers (both professional and commuters) to change their mobility behavior for example by traveling outside of rush hour times. SmartTravel analyzes trips and modes of transport for the purpose of influencing and rewarding positive driver behavior. The platform also allows insights to be generated from the data that can be used to make recommendations related to economical and safe driving.

Smart Travel has been implemented in open environments to test the impact on behavioral change of drivers :

The dedicated BestDriver-app is live in trucks and in use by drivers of DHL.

The Province of Noord-Brabant and the Ministry of Infrastructure and the Environment’s investment programme Optimising Use (Beter Benutten) are the joint contracting authority for the project Shockwave Traffic Jams A58. The market, the government and knowledge institutions work closely together to improve the accessibility of the country’s busiest regions, in part by using intelligent transport services. With the shockwave traffic jam service as a basis, the project partners are developing the building blocks for new in-car mobility services. The architecture and infrastructure on the A58 are such building blocks; others could be a system for data security and protocols for their interaction.

Via the WiFi beacons along the side of the road and the underlying technical infrastructure, the shockwave traffic jam service collects precise information about traffic congestion and traffic waves. The service immediately converts these data into personalised, in-car speed advice that is dependent on the traffic situation. People receive this advice in their car via an app.

The Shockwave Traffic Jams A58 project, in terms of knowledge and experience, has a sequel in, the Partnership Talking Traffic and the test environment MobilitymoveZ.NL.

Cooperative Adaptive Cruise Control (CACC) demo on the A58

In a demonstration on the A58, a platoon of cars fitted with Cooperative Adaptive Cruise Control (CACC) was connected to the existing ITS infrastructure. The demonstration described was conducted in late May 2016 in an actual traffic situation on the A58, at the request of the Ministry of Infrastructure and the Environment’s Optimising Use programme. It involved connecting the CACC technology to the available data infrastructure on the A58 between Tilburg and Eindhoven, and then showing how the platoon of cars was able to use this to respond to traffic a few kilometres further down the road. This stretch of the A58 has been equipped with a total of 34 WiFi beacons by partners (market players and government) as part of the Shockwave Traffic Jams A58 project.

In close collaboration with these parties, TNO succeeded in quickly adapting the CACC systems and technologies so that they could be connected to the ITS infrastructure. This enabled the CACC cars to automatically adjust their speed based on speed advice derived from the traffic situation further down the road and transmitted in-car by means of roadside communication. The cars responded not only to their immediate environment by means of their own sensors, but also to what was happening relatively far away, well beyond the reach of their own traffic sensors. Consequently, drivers could ‘look beyond their own windshield’ and anticipate the traffic situation further down the road in good time. In the future, this development can improve the flow of traffic and traffic safety and ensure that people can travel increasingly faster, as well as more comfortably and reliably.

The methods used to integrate the systems, and the experiences and knowledge gained, are described at length in TNO’s report ‘CACC on the A58 motorway – lessons learned’. This report is available via the knowledge base on the website for the Shockwave Traffic Jams A58 project: www.spookfiles.nl.

A few highlights from the report:

The Compass4D consortium consists of 31 partners from 10 countries and is coordinated by ERTICO - ITS Europe.

Public and private partners have worked closely together in the frame of the EU co-funded project Compass4D to implement, operate and evaluate three C-ITS services in seven European cities (Bordeaux, Copenhagen, Helmond, Newcastle, Thessaloniki, Verona and Vigo). It started in January 2013 untill December 2015. After that Compass4D announced the continuation of cooperative mobility services in seven European cities for at least one year. The services piloted during the project phase have been continued. Finding the right business models was one of the main remaining barriers to deployment of cooperative ITS services.

The project proved the benefits of cooperative systems and deploy services for road users to increase road safety and energy efficiency, while reducing the level of congestion in road transport.Compass4D target users are drivers of buses, emergency vehicles, trucks, taxis, electric vehicles and private cars. They all need information to make their driving safer, less stressful and more energy efficient. One of the cooperative Intelligent Transport Services (ITS) promoted by Compass4D is the Energy Efficient Intersection Control, giving priority to emergency vehicles and allowing all vehicles to adapt their speed to the traffic lights timing.

For instance FREILOT, another successful project finalised in 2012, developed a new approach to deal with traffic congestion and to reduce CO2 emissions by providing priority and speed advice at intersections to logistic trucks and fire brigade vehicles. In 2013 all traffic lights and cooperative equipment from the FREILOT project were upgraded to the latest standards. In Compass4D two additional intersections will be equipped and upgrades of the existing ones will be made. This will result in a real intra-urban and inter-urban C-ITS corridor running from Helmond to Eindhoven via the highway A270.

Our goal as a road authority (Province of North-Holland) is to gain knowledge on the influence of automated cars on subjects like safety, traffic flow and  sustainability.

The area of Schiphol is chosen because of the following facts:

Here we have high logistical and economic  interests of an efficient traffic system .

Test with Daimler and Vialis with an autonomous driving  (level 3)  future bus of Daimler on a bus rapid transit route between Schiphol and Haarlem. Focus was on automatic stops at bus stops, passing tunnels and traffic lights on the track. Lessons were learned on positioning, self learning, interaction with traffic lights and the use of standards like MAP, SPAT, ETSI G5.

Test on traffic light priority and GLOSA with KPN, Vialis, Dynniq, Rietveld, Dobbe and Flora Holland via the 4G LTE network. Trucks of DobbeTransport communicate through the 4G LTE network of KPN with the cloud of Vialis and the traffic lights of the province Noord-Holland. GLOSA and green light priority where tested in a real life environment on the N201 near the A4.

Results where insights in latency in the 4G LTE network, the technical implications of the chain between traffic light àtraffic management center àcloudservices and the truck. The number of truck stops and impact on other traffic.

SimSmartMobility is an initiative from Connecting Mobility, TU Delft and TNO. TNO and TU Delft have a lot of expertise in the field of traffic flow simulation. Together with Connecting Mobility, they put their effort in the development of SimSmartMobility that functions as an open platform. This development is gaining shape in cooperation with companies, research institutes and governments, both national and international. 25 partners from government and industry joined the development by signing a letter of intent. More parties join and contribute to the development of knowledge and insight. Simulation enables all interested parties to learn faster and more about the effects of Smart Mobility services and solutions.

SimSmartMobility allows the user to experiment with all possible forms of smart mobility. From smart traffic lights, via in-car speed advice, to selfdriving cars. The development of the simulation platform is iterative, adding more functionality each time. Ultimately, the platform provides the user with the ability to compile a smart application package and to fully and integrally calculate and present its effects.

In SimSmartMobility we show this for instance for green light optimal speed recommendation at controlled intersections, and for two different implementations of CACC on highways.

Do you have a concrete challenge? Do you want to add your Smart Mobility services? Or do you want to use the results of a SimSmartMobility simulation into your advice?

ARE YOU A DUTCH AMBASSADOR FOR SMART MOBILITY?

Are you an organization in the Netherlands and do you want to become a partner of the Smart Mobility Embassy? Find out how you can be listed on this website and find your audience from abroad!

The Smart Mobility Embassy is hosted by Connekt.